Why a complex large-scale IT project is still proving its worth today. 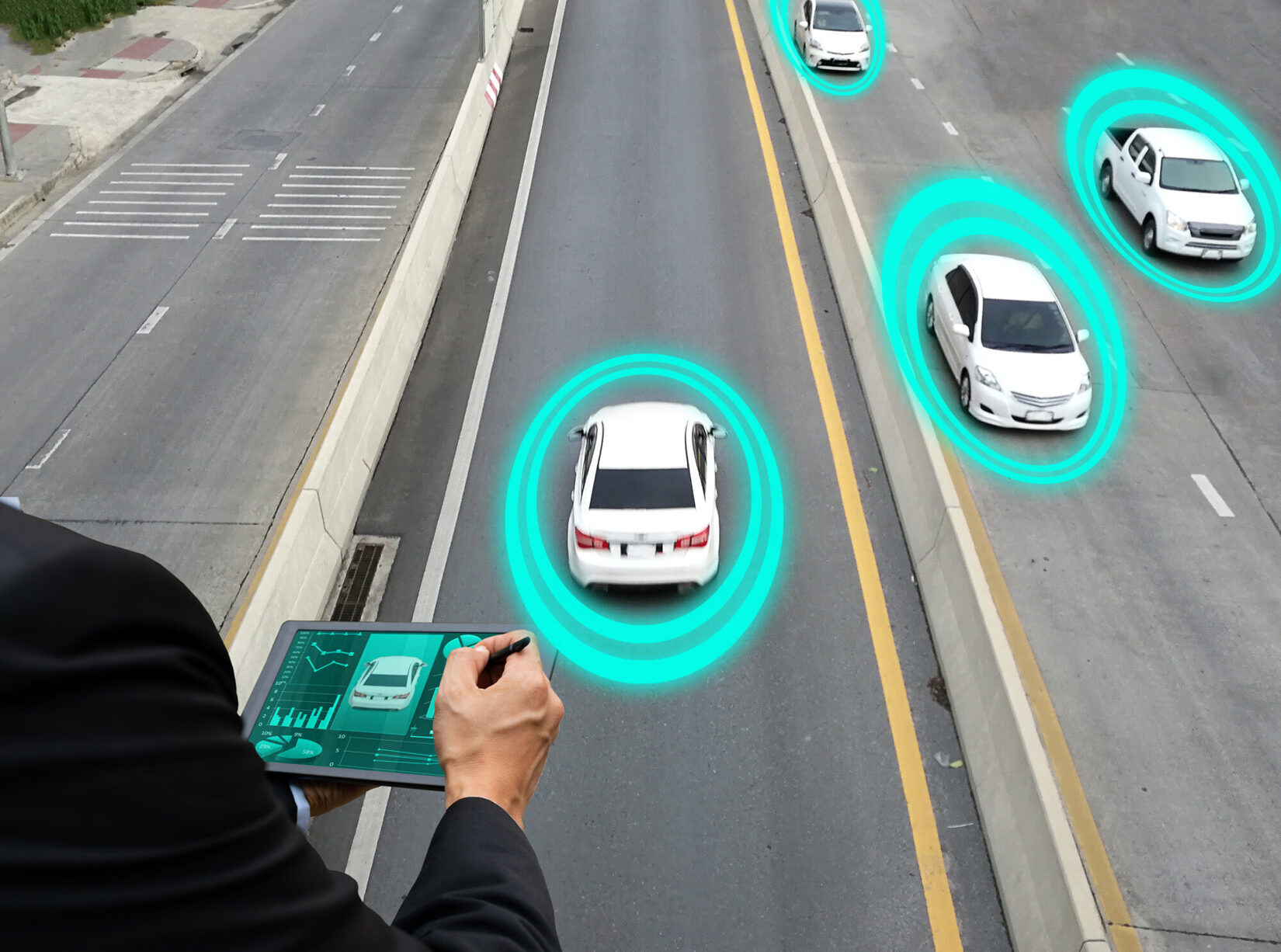 Back in 2014, the "Integrated Applications" project laid the foundation for a uniform and overarching traffic and roadworks management system on Swiss national roads. The following blog post is intended to show the service-oriented architecture and why a complex large-scale IT project has proven itself to this day.

In our multi-part blog series, we highlight the development of Swiss national roads in relation to the System Architecture Switzerland (SA-CH) and traffic management, showing Eraneos's experience in these topics step by step. In the first article of this blog series, we highlighted the System Architecture Switzerland (SA-CH) and how it came into being. In addition to the standardization of the route systems and the associated interfaces, the service-oriented architecture (SOA) and the management level with the specialist applications formed the essential building blocks of this SA-CH. In the "Integrated Applications" project, the SOA designed in SA-CH and the two specialist applications "Traffic Management" and "Roadworks Management" were realized together with more than 100 project participants - but the project success had to be fought hard for. 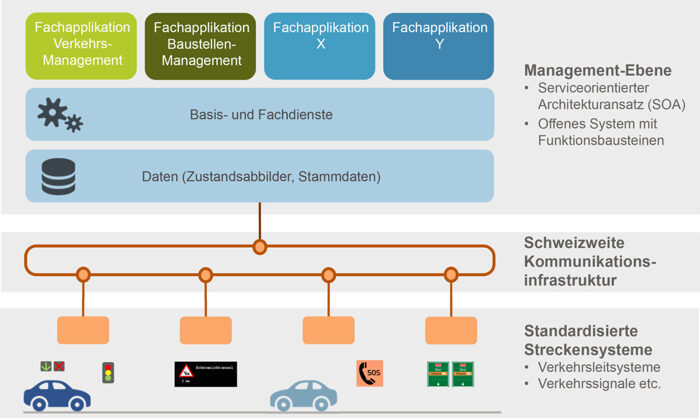 When it was founded in 2008, the Swiss Traffic Management Center (VMZ-CH) assumed responsibility for the efficient operation of the Swiss national road network, among other things. At the same time, it took over numerous control systems from the cantons, some of which were very different. It quickly became clear that standardization and harmonization were also necessary at the control system level. On the one hand, the cantonal systems allowed little or no intercantonal traffic management, and on the other hand, the functionalities and user interfaces of the individual cantonal guidance systems were also very different. A standardization of the systems was urgently needed - the idea of the System Architecture Switzerland (SA-CH) was born.

Over 100 project participants from 7 companies rise to the challenge

At that time, Eraneos Group was able to secure the lot for the specialist support in the "Integrated Applications" project thanks to a WTO tender that was won. On behalf of FEDRO, Eraneos was responsible for the conception of the individual modules of SA-CH - namely the basic system (in the form of a service-oriented architecture) as well as the two specialist applications "Traffic Management" and "Roadworks Management". Based on these concepts, a set of functional specifications was developed, which served as the basis for a WTO tender for the procurement of the implementation partners.

Once the partner companies had been procured and the implementation specifications had been finalized, ELCA took the lead in implementing the specialist applications. In the overall project, Eraneos took over the deputy overall project management and the management of the four sub-projects "Basic system", "Application and peripheral systems", "Operation" and "Introduction & training". In addition, Eraneos was responsible for the overall architecture, IT security, test management, configuration and change management, and quality assurance. The overall project followed the HERMES project management methodology, while the specialist applications were developed according to the agile project management methodology SCRUM, which was still quite new at the time. At peak times, up to 100 project employees worked in parallel on this major project. 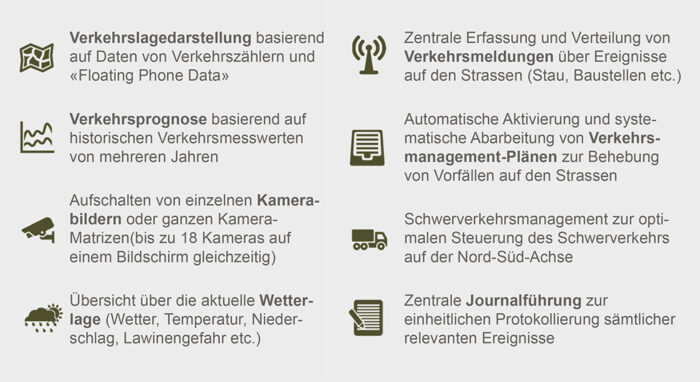 Comprehensive traffic management requires many functionalities and, above all, a large amount of data and information from different sources. The various functionalities (see Figure 2) were developed in parallel by the different implementation partners. The big challenge in this project was therefore the synchronization of the partners and their development work as well as the integration of the different building blocks into a single solution.

Due to the large number of participants and the high complexity of the project, the project team was faced with numerous challenges, as is usual in large IT projects. Fixed prices and predefined cost ceilings required strict change management, while the different resource situations of the implementation partners demanded a high degree of flexibility. For example, the project had to be interrupted for three months after about a third of the implementation period and rescheduled in order to synchronize the various partners and integrate their building blocks cleanly. A time of intense discussions and negotiations, but also a high willingness to compromise and strong team spirit. 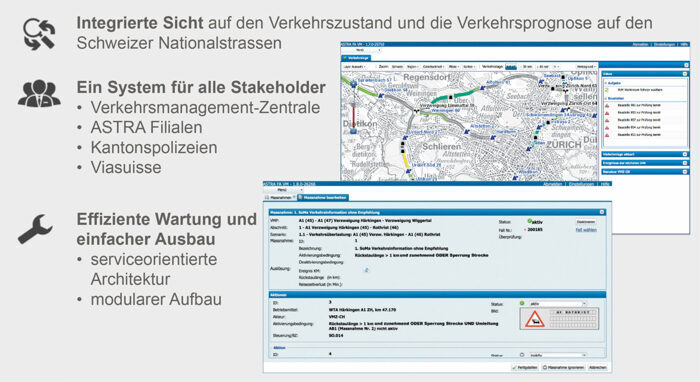 Large IT projects - especially with several implementation partners - always pose a major challenge. Many projects are delayed or have to be cancelled altogether. In the case of the two specialist applications "Traffic Management" and "Roadworks Management", all parties were required to engage in dialog at eye level, to be willing to compromise, but also to set clear priorities and, in some cases, to make consistent decisions.

As described in the previous article in our blog series, stakeholder management and communication were also crucial to the success of this project. Ultimately, all parties benefit from a successful implementation - first and foremost the customer and the users of the new solutions, as well as the implementation partners, who can recommend themselves for further large-scale IT projects thanks to cooperative collaboration.

How to minimize the risks of a new system architecture

Continuously growing traffic volume on our roads and increasing passenger volume in public transport... What is required are new, intelligent mobility services that take into account the zeitgeist of digitalization.

We have compiled reports on our projects, interesting facts from the various competence and customer areas as well as information about our company for you here.