How to minimize the risks of a new system architecture 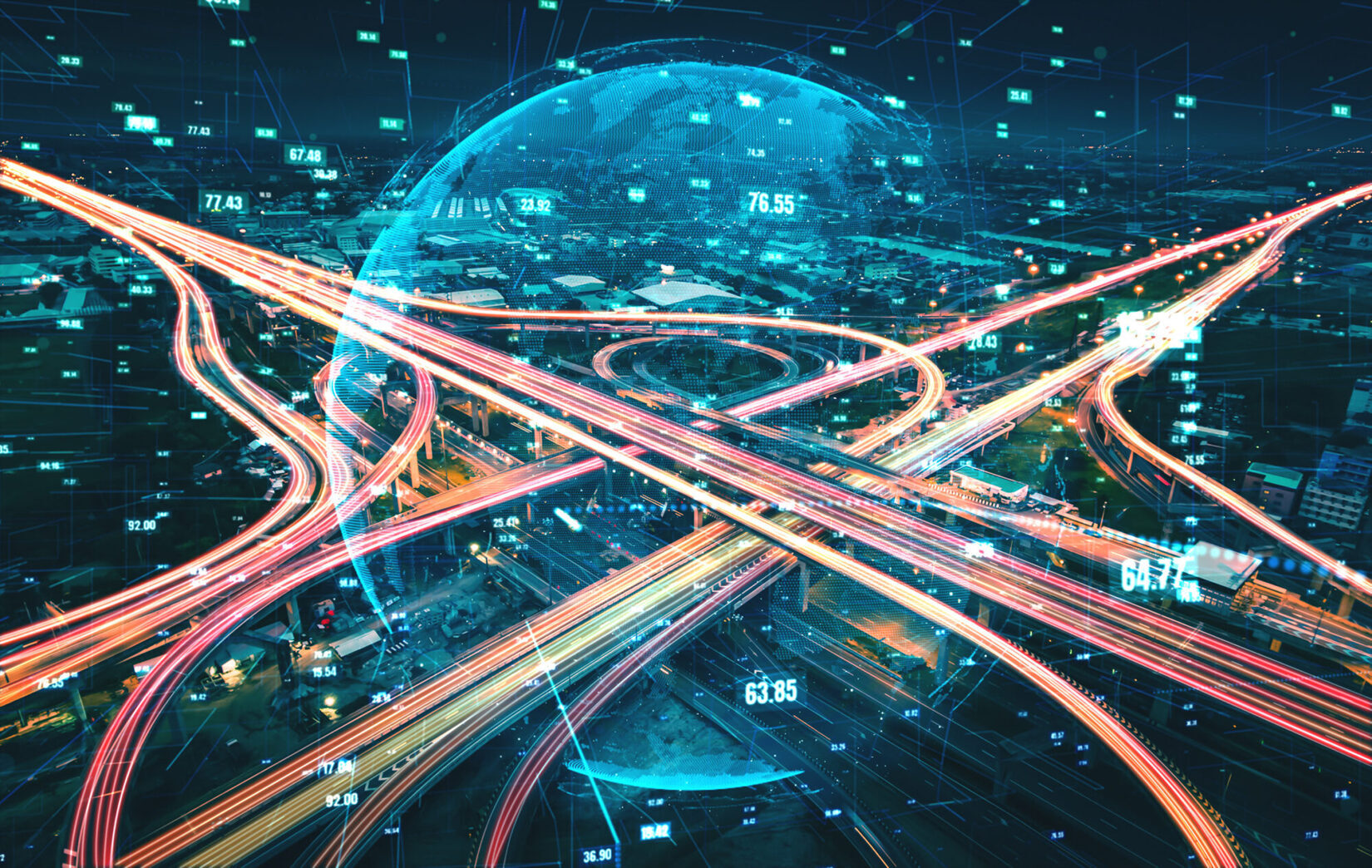 In our multi-part blog series, we highlight the development of Swiss National Roads in terms of System Architecture Switzerland (SA-CH) and traffic management, showing Eraneos Group's experience in these topics step by step. This part shows how the risk of a new system architecture can be minimized.

The situation is well known in the IT world: Various organizations have implemented, operated and renewed systems to support their processes over the years. They have done their job well, the systems have served their purpose at a reasonable cost. These organizations are now being merged for a variety of reasons. It no longer makes sense to run several different systems supporting the same process. The homogenization of the system landscape that now follows often leads to friction with the operators of the previous systems. They now have to live with a new system that is no longer tailor-made and therefore requires a certain willingness to compromise. The Federal Roads Office has carried out such a transformation in the years following the takeover of the national roads from the cantons.

In addition to roads, bridges and tunnels, Switzerland's national road network also includes a large number of electromechanical installations that serve traffic management and tunnel safety. Some of these installations, known as operational and safety equipment (OSS), are visible to road users - for example, the tunnel lighting, the emergency call pillars and the large text displays. However, there are other systems that operate in the background, including video surveillance, fire alarm systems and ventilation systems in the tunnels. The flawless functioning of these systems is constantly monitored. As soon as technical faults occur, they are reported to the responsible personnel via the operations control center.

The Federal Roads Office (FEDRO) has been responsible for all these systems since 2008; previously, responsibility lay with the cantons. The question arose as to how FEDRO should deal with an electrical and IT infrastructure that was originally created by 26 cantons. It seemed obvious to standardize the installations throughout Switzerland in order to be able to guarantee efficient traffic management, among other things. But how does one go about achieving this goal? Ultimately, the operating and safety equipment must perform reliably around the clock, every day. Eraneos was able to accompany FEDRO on part of this journey as part of the System Architecture Switzerland (SA-CH) project.

In the beginning there is a realization and a vision

In 2008, the Federal Roads Office (FEDRO) took over the national road network and thus the responsibility for its maintenance and operation from the cantons. Even in the run-up to the takeover, it became clear that the systems for monitoring and controlling the national roads were technically implemented very differently in the cantons. This was not a problem for the cantons.

However, thanks to its nationwide competence, FEDRO had the possibility and also the intention to reorganize its activities without taking cantonal borders into account. For example, a traffic management center was created that was responsible for almost the entire national road network in Switzerland.

Many organizational units were thus confronted with equipment that served the same purpose - tunnel ventilation or video surveillance, for example - but had very different designs from an operating and maintenance perspective. 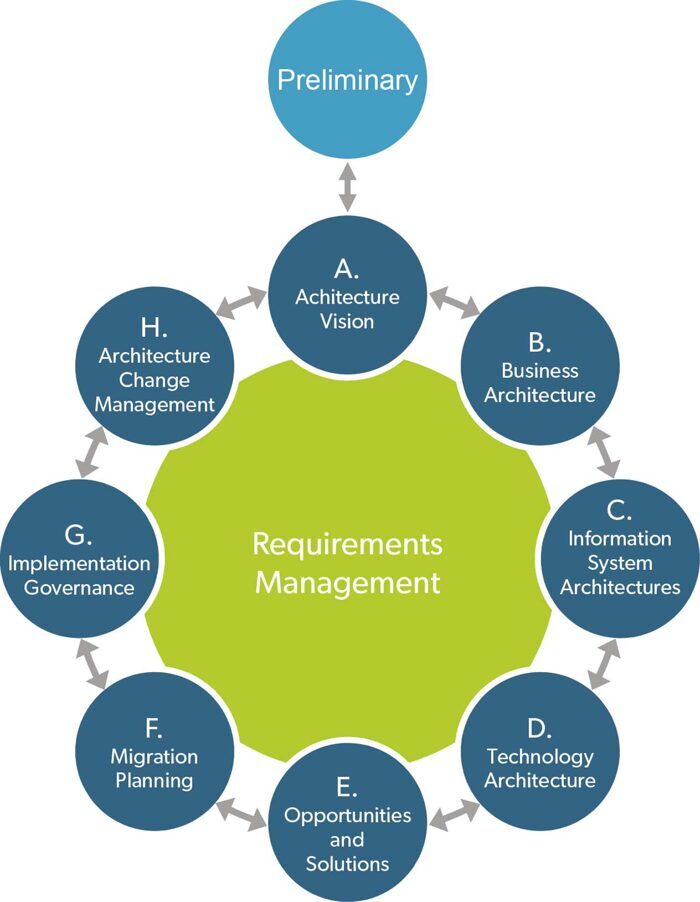 In 2009, the Federal Roads Office commissioned the Eraneos Group to create a uniform and homogeneous system architecture for the operational and safety equipment. TOGAF (the open group architecture framework) was chosen as the process model. In this model, various aspects of the IT architecture (view of the business processes, the information model, the technology, existing products, migration) are processed in a given sequence. The focus is always on the requirements for the IT system.

Some of the most important aspects of the resulting SA-CH system architecture are:

In addition to the actual SA-CH architecture, which is now defined in a FEDRO guideline, a number of other activities have been launched as part of the architecture development:

What are the benefits of SA-CH?

One important benefit relates to the procurement of the equipment. Until now, manufacturers had to adapt their products to the specific standards of the canton each time they received an order in a new canton. This was a serious competitive disadvantage compared to manufacturers who had already supplied equipment in the canton in question. The standardization of the plants enables the companies to sell their plants, once realized according to SA-CH, in the whole of Switzerland. Time-consuming adjustments due to cantonal differences are no longer necessary. This reduces costs and creates more competition. The operating personnel benefit from a homogeneous user interface and uniform operating procedures. This reduces the amount of training required and helps to avoid operating errors. In addition, personnel can be deployed more flexibly for the various plants.

Finally, the service-oriented architecture leads to better reusability of services once they have been created, the architecture is more flexible in terms of adapting business processes, and media breaks can be avoided.

How do you implement the standardization of operational and safety equipment (BSA)?

The boundary conditions are clear: the BSAs of the national roads fulfill an important task in ensuring safety on our national roads. In the event of serious incidents such as accidents or fires in tunnels, the BSAs play an important role in protecting road users. Among other things, they ensure that in the event of heat and smoke in the tunnel, the ventilation system automatically extracts the smoke, the tunnel's portal traffic lights switch to red and the personnel in the operations control center are alerted. These systems must function at all times, i.e., around the clock. This also applies when the systems are renewed: At all times, either the old or the new system must be in operation and reliably perform its task. This also applies to the interfaces that are required, for example, for alerting the operations control center, but also for the technical monitoring of the system itself.

Another constraint concerns the speed of implementation. It is neither operationally nor financially feasible to prematurely replace all of Switzerland's BSAs outside their life cycle in order to achieve compatibility with a new standard. Thus, in most cases, replacement will not occur until the system needs to be replaced anyway due to its age. As BSAs reach a lifetime of 15 years or more, the implementation of a new architecture standard drags on for a corresponding period of time. In the IT environment, a period of 15 years is known to be an eternity. It can therefore be assumed that the standards, which are intended to bring uniformity to the system landscape, will have to be updated during the course of their introduction.

The introduction of a new system architecture is not possible from one day to the next, but in most cases requires staying power and also a certain degree of willingness to compromise on the part of all stakeholders.

Far-reaching changes to the architecture also involve a certain amount of risk. It can therefore make sense to stage the implementation in order to achieve the goal step by step.

A crucial success factor is stakeholder management. The cantons have worked professionally and implemented good systems. If, as a result of a centrally made decision, construction has to be done in a different way, those responsible in the cantons might take this as a disrespect for their previous work. It is therefore important to continue to involve these people. Their knowledge and experience are often indispensable for the construction of future plants.

Digital Twin – what else?

How the digital twin will revolutionize the real estate industry.

Continuously growing traffic volume on our roads and increasing passenger volume in public transport... What is required are new, intelligent mobility services that take into account the zeitgeist of digitalization.

Every company has large amounts of data in which valuable business-relevant knowledge lies dormant. Our data science specialists can help you extract and utilize this knowledge.

We have compiled reports on our projects, interesting facts from the various competence and customer areas as well as information about our company for you here.